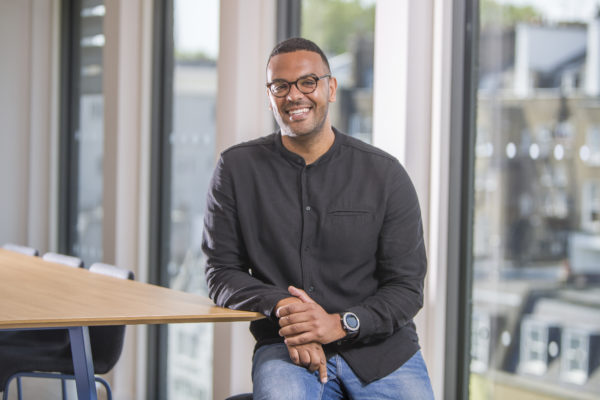 Michael Watkins, 34, was praised by judges for the pioneering work he does to challenge convention within the financial services sector.

Smart Pension’s head of proposition development has been named as the ‘Rising Star of the Year’ in the first set of awards that specifically recognise young talent in the pensions industry.

Michael Watkins, 34, was praised by judges for the pioneering work he does to promote up-and-coming professionals and challenge convention within the financial services sector.

He was one of the pioneers, co-founder and chair of the growing NextGen NOW collective, a membership movement that champions young professionals and challenges gender, age and racial conventions as well as the ‘slow moving’, hierarchical pensions status quo. He sits on the PLSA’s Policy Board, he is chair of PASA’s DC Governance Working Group and sits on its E-admin Steering Group as well as. As if that wasn’t enough, he’s also a non-executive director of a start-up fintech called MyPensionID.

Michael said: “I’m immensely proud, honoured and humbled to be awarded the inaugural Rising Star of the Year award.

“It was amazing to see so many rising stars recognised for their efforts over the past year. There a multitude of diverse and talented individuals in this industry, it’s great to have an awards ceremony that highlights and celebrates that fact.

“I co-founded NextGen NOW because it became abundantly clear that not enough was being done to provide a voice, let alone the opportunity, for fresh thinking to be heard and adopted. The pensions industry moves very, very slowly. It’s our view that greater cognitive diversity provides more challenge to the status quo and helps move the industry forward, which in turn provides better member outcomes.

“People are always asking me how I manage to fit all of this work in. My answer is that if you’re passionate about something, you will find a way”.

He added: “I’m a massive pensions geek. The speed of development of financial technology and society’s interaction with it has changed the expectations placed on all financial services sectors. Because of this, we are reaching an inflexion point, where consumers will expect a consistent look, feel and level of service from their pension, as well as their other financial products.

“Smart Pension is playing a leading role in that progression; it’s unlike any other pension firm to work for. Its workforce is incredibly intelligent and diverse and benefits greatly from that.”

Andrew Evans, co-founder and CEO of Smart Pension, said: “Michael is probably the coolest person in pensions at the moment. He’s a pioneer and this award is richly deserved, and undoubtedly the first of many.”

The Rising Star Awards are run by Professional Pensions.