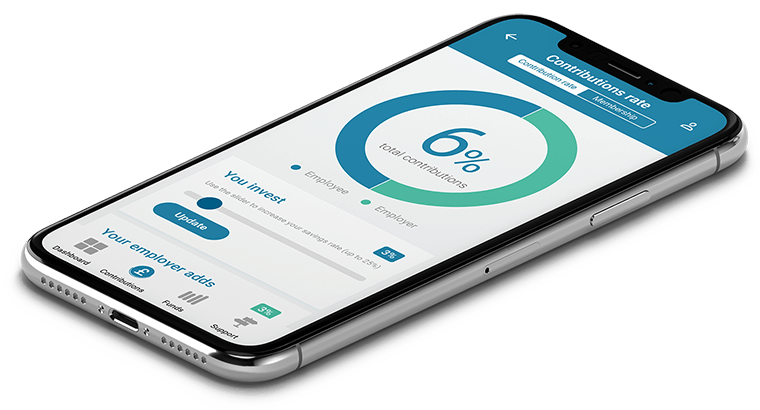 Workplace pension platform Smart Pension is set to launch a game-changing app and innovation roadmap which it hopes will transform the future of pension saving for a new generation.

The Smart Pension app will allow savers to not only track their pension balance in real time on their phone, it will also allow enhanced, dynamic engagement, giving savers the option of self-selecting the funds they are investing in and increasing their contribution levels when they can afford it.

The firm says it will replace the traditional paper annual report, favoured by most providers, with a daily interactive video featuring talking avatars and animated financial illustrations.

The app is part of a drive by the firm to use emerging technology and multiple big data sources to engage the new generation of savers, brought into pensions via auto enrolment, who crave constant updates and interaction via their phones and digital devices.

Smart Pension MD and co-founder Will Wynne, said: "Millennials and the younger generation organise their lives with their phones. They have high expectations of how intuitive, transparent and seamless their mobile interactions are, especially when it comes to their money."

"You've only got to look at how online banking has transformed the industry to see there is currently a gaping hole in the pensions space for technology. It's also clear that people are anxious about losing track of their money, it's why auto-budget banking features have been so successful."

"Pensions, on the other hand, have never traditionally been intuitive or easy-to-use, and that's going to be a big problem moving forward if it doesn't change. The issue the industry must solve is keeping this new generation engaged and saving - and technology has the power to do that."

In addition to the app, the company has announced an ambitious innovation roadmap that will focus on building regular updates and features that will be developed by a dedicated in-house tech team and launched on a quarterly basis.

Driving this digital timetable is the desire to disrupt the industry to help force change.

Innovations in the pipeline include:

Wynne added: "We see technology playing an increasingly important role in helping savers make informed financial decisions that will lead to good retirement outcomes. With our synchronous API, we can give our members control and daily updates on their balance so they can manage their pensions in the same way they would their bank account."

The firm's award-winning, highly automated platform harnesses time-saving applications to allow fast, seamless auto enrolment with a sign-up and onboarding process that takes just a few minutes from start to finish. It is free to employers and has an AMC-only charging structure for members that is transparent with no upfront or hidden costs. Switching to Smart Pension from another scheme is equally quick.

It is MAF-accredited and has been awarded a 5-star Defaqto rating for the last three years. In June 2017 it was named as Fintech Innovation of the Year and overall winner in the Digital Leaders 100 Awards.

It has an average score of 4.4 out of 5 in Google reviews from its customers.