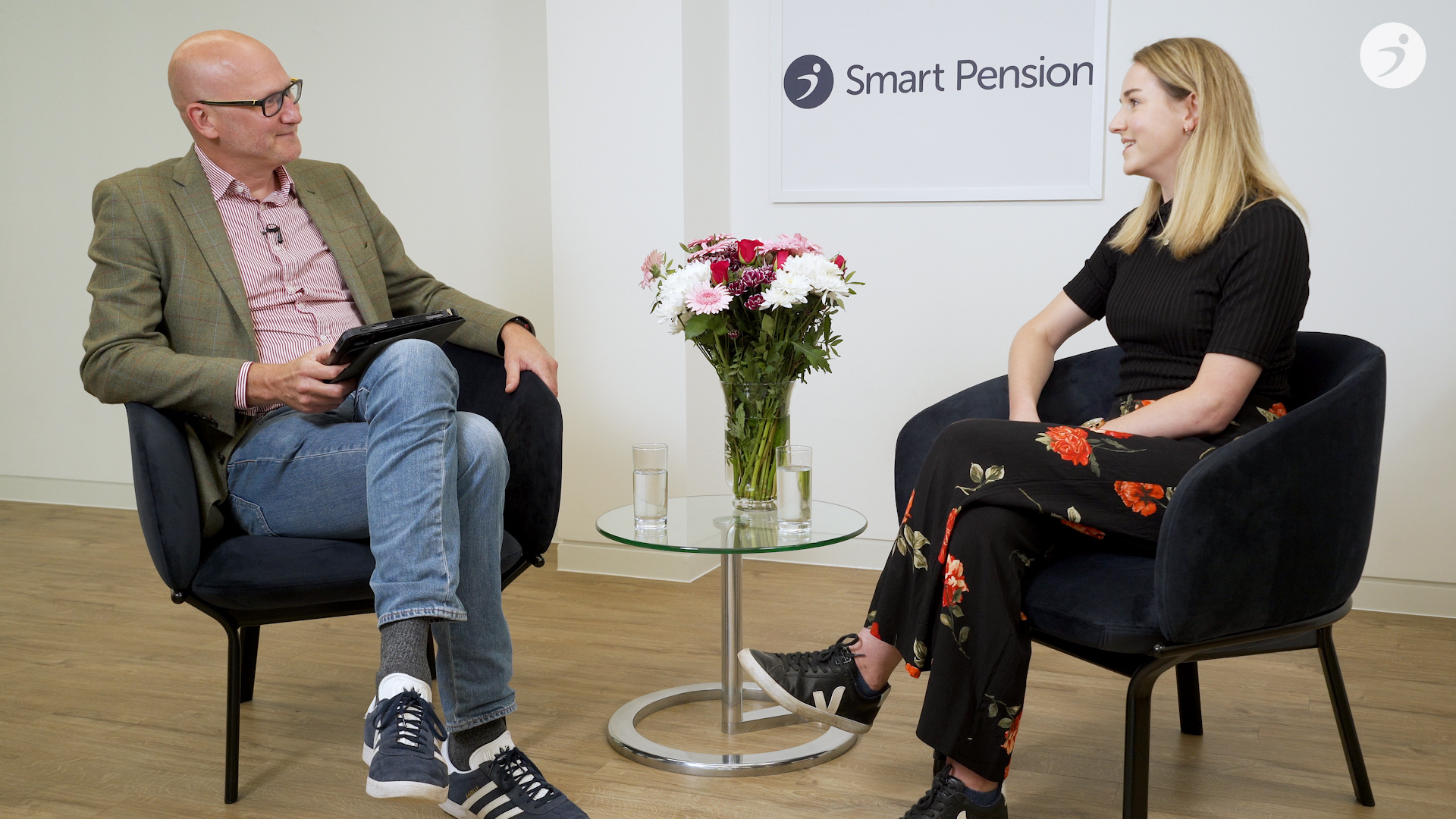 Keep it simple! The art of communicating effectively, with Caroline Hopper from Quietroom

It was great to catch up with Caroline Hopper from Quietroom for the latest in our series of Smart Pension Connect ‘a conversation with’ webinars. We covered lots of ground and Caroline is clearly very passionate about clear and effective communications and all things responsible investment.

Unsurprisingly, Caroline read English Literature at University and joined Quietroom as an intern in 2015. There she is a senior writer, but has recently specialised more on the responsible investment and ESG side of things, carving out a niche for herself in this increasingly topical and important area.

Caroline thinks that the financial services and pensions industry has a long way to go to really improve its communications and engagement with its customers. Her mantra is keep it simple and test communications on real people, even if it is a few friends in the pub (as that would be better than not testing stuff at all). She is a big advocate of the simpler annual statement - Quietroom was involved in the development of the initiative that was spearheaded by Smart’s very own chair, Ruston Smith. We agreed it was a shame that the industry had been slow to adopt the initiative voluntarily, but welcomed that the government was consulting on mandating its use.

We talked a bit about responsible investment and the Make My Money Matter campaign which is aiming to raise awareness about the impact of pension scheme investments. We could have filled a whole webinar talking about this. Caroline wants to see every pension scheme talk to its members about the ‘here and now’ of pensions, and how members’ pension investments are changing the world around them. Caroline spent some time on secondment to the Make My Money Matter campaign in its early days and really sees it as a force for good to encourage/coerce/mandate pension schemes to up their game on investment stewardship and do good with their investments. We recorded the webinar the day after the UN climate report issued its ‘code red’ warning for our planet which was a sobering reminder about the challenge we all face to protect and nurture our planet ahead of the much-anticipated COP 26 taking place in Glasgow in the autumn.

Thanks to Caroline for being a good sport and joining us. You can view our previous webinars here, including me talking to Nick Groom from Natixis IM about all things illiquid investments.

And, finally, watch out on the usual social channels for the next in our ‘a conversation with’ series. Until next time!